Turfing and decking project in Walthamstow 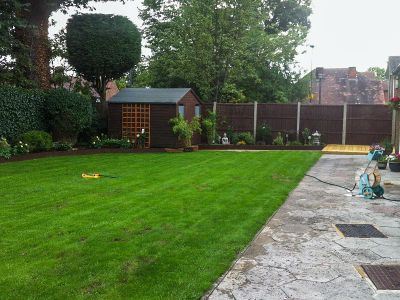 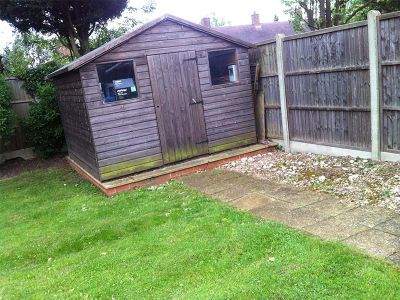 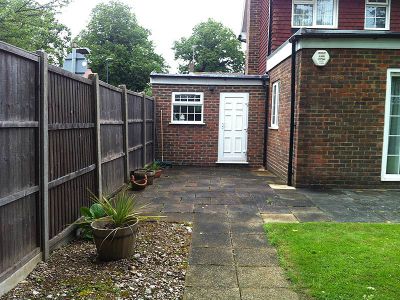 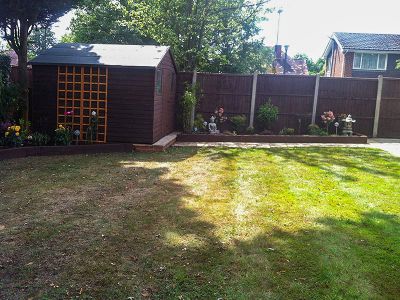 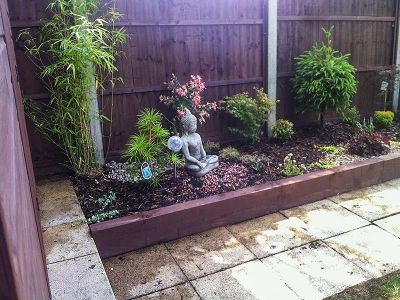 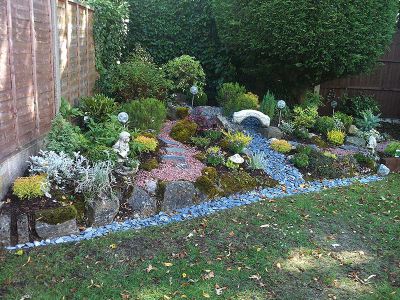 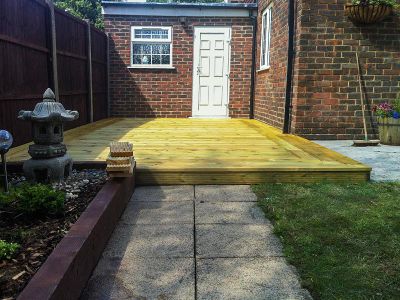 For this garden landscaping service in Walthamstow, we not only had to lay new turf and create flower beds but we also had to build a deck. Therefore, this project took five days in total to be completed by a team of professional gardeners. It was well worth it, though.

A lot of materials went into this project, starting from 16 rolls of turf to 5 cubic yards of wood for flower beds and decking basis. A total of 55 decking boards were used on what you see in the photos.

As for the decoration of the flowerbeds, we used one bag of blue slate chippings, one bag of riverstone and one bag of purple gravel. With an area size of 20 metres, we had a lot of room for all the materials and it also made our work a little bit easier.

Day 1: Clearing the yard from unwanted weeds and other greenery

Тhe old lawn was removed along with any weeds and stones that might get in the way of the new turf to grow healthy. All the generated waste was then carefully wrapped in bags for disposal. Once this was done, the gardeners in Walthamstow rotavated the soil preparing it for the next step of the turfing process.

Day 2: Levelling and other preparation work for the turfing

On the second day, the local landscapers levelled the soil, so there would be no bumps or hollows. They then added top soil and fertiliser to enrich the soil.

The team also built and planted the flower beds, and decorated them with bark, slate chippings. They neatly laid riverstone and gravel to improve the aesthetics of the garden even more.

Day 3: Building a new decking and staining the shed

A 20 square metres anti-weed membrane was placed over the old paving, which would become a decking area. After that, the garden landscapers built the deck base and started the actual decking itself. The owner of this Walthamstow property had a shed he wanted varnished, so the specialists took care of that as well.

On the fourth day, the team finished the decking and installed a trellis on the newly varnished shed. The new turf was also laid and edged where necessary.

On the last day, the specialists added decorative elements, such as a small Buddha statue, to the flower beds. The paving was also professionally cleaned with a jet washing machine.

The old riverstone had to be removed from the soil by hand, which slowed down the preparation work.

Please mind that all turfing and decking jobs are charged per project, based on the materials needed and work done. The price above is only valid for this project.

Learn more about our turfing service

The lawn looks fabulous and that small Buddha is really charming. Huge thank you to the Fantastic Gardeners team for being so professional in their work. I will recommend you to all my friends and colleagues.B.G.