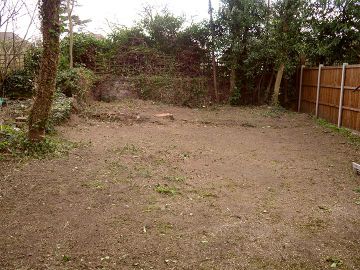 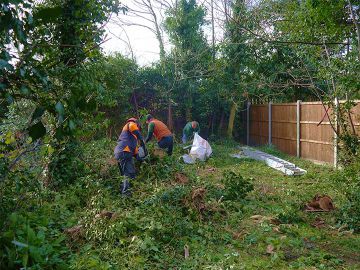 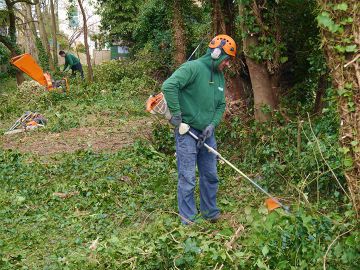 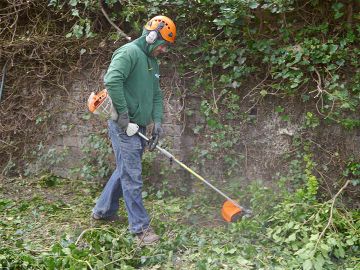 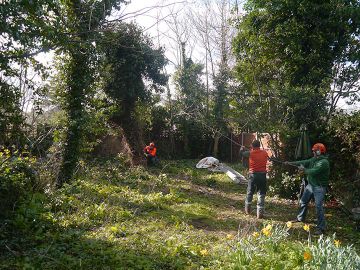 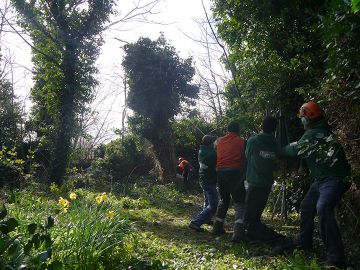 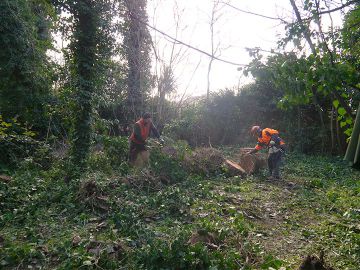 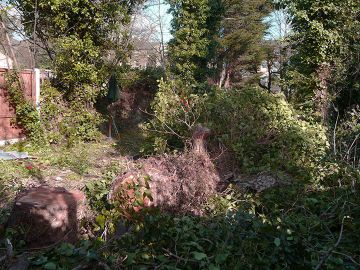 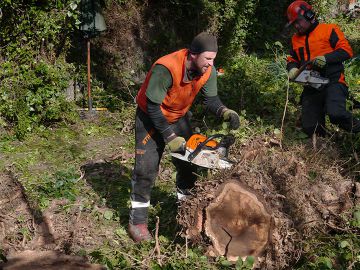 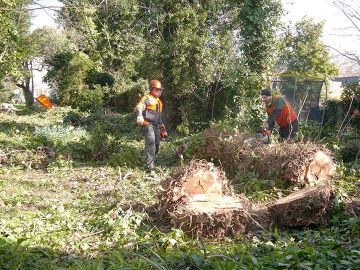 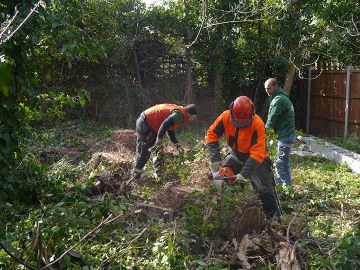 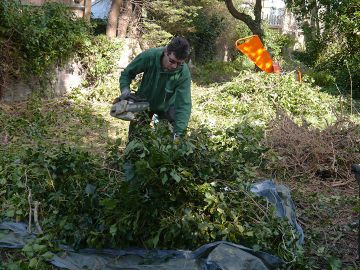 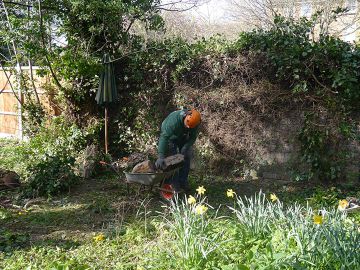 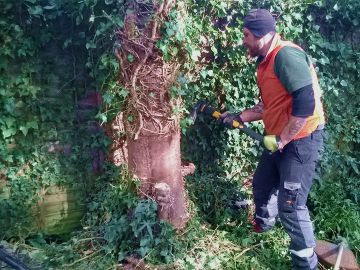 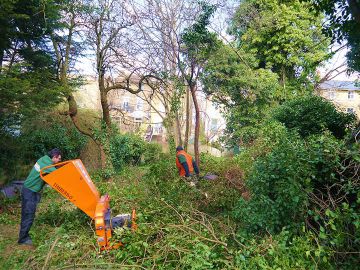 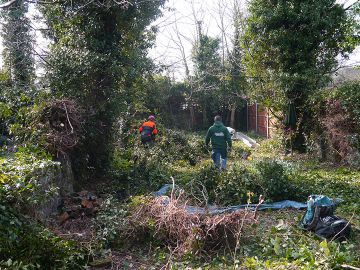 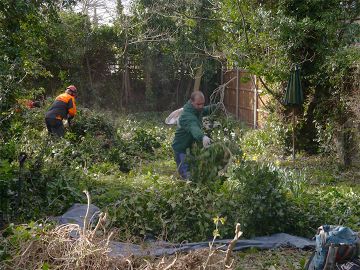 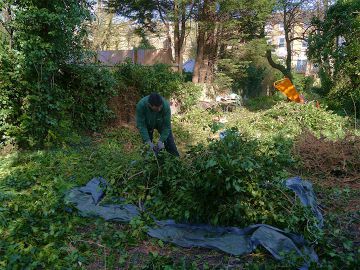 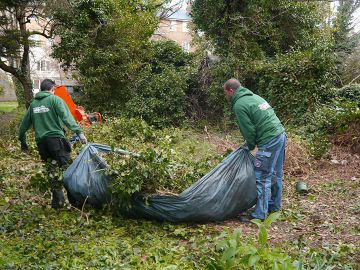 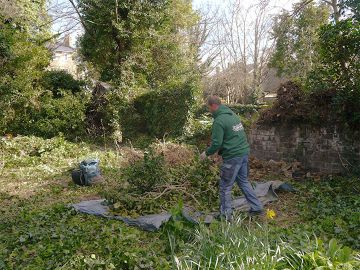 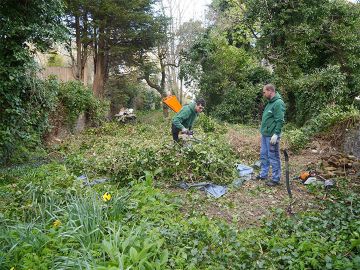 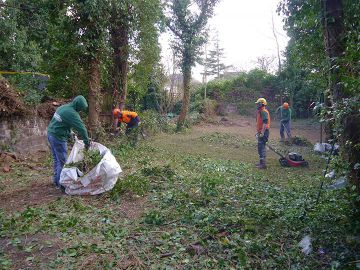 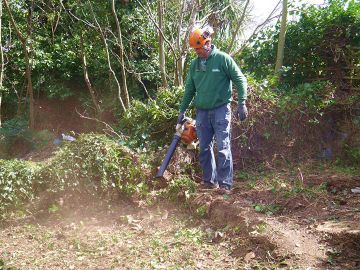 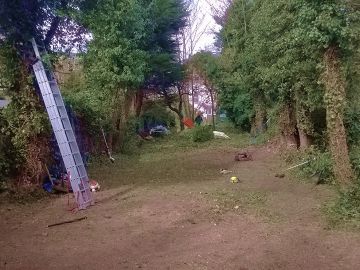 This was another big garden clearance project that a team of five professionals completed in Islington. It was in a large neglected back garden which was thoroughly overgrown with brambles. The client also wanted the team to remove a big tree and dispose of all the green waste.

Due to the complexity of the project and the variety of tasks it included we sent a bigger team, which consisted of two tree surgeons and three gardeners. They were completely equipped and prepared and managed to complete the job effectively for 6 hours.

The first thing the team did was to unload and prepare their tools and machinery. After that, they got to work to trim the greenery which blocked their free movement around the garden.

The main priority of our client was to brighten up the garden and let more sunlight in, so he wanted a tree removed. The skilful gardeners combined forces to carefully fell the tree down. They tied the tree with a rope, and while one of the tree surgeons was cutting the stump, the other four team members were pulling the rope, so that the tree falls in the right direction. When it was finally on the ground, they removed its branches and cut the trunk into small pieces. The thinner branches were shredded so that the amount of green waste is more compact.

Most of the trees were smothered by overgrown ivy. Since ivy can be quite an invasive climbing plant, our client asked us to help him trim and get rid of some parts of it. The gardeners cut a small piece of the ivy’s stump close to the base. Then they hammered copper nails into the base. This process kills the plant and doesn’t let it sprout again. The high part that remains attached to objects will dry out and be removed afterwards.

The ground was covered in lots of leaves, debris, tree branches and other unwanted vegetation. The local Islington gardeners trimmed what was left to be trimmed, collected the rest of the accumulated green waste into large tonne bags and cleared the site completely.

Please have in mind that our garden clearance tasks are charged per hour. The mentioned price above is valid for this project only.

The team worked really hard and managed to transform this huge garden in one day! It looks gorgeous now and I can't thank Fantastic Gardeners enough for the work done! H. E.

Check out some of the other gardens we've worked on